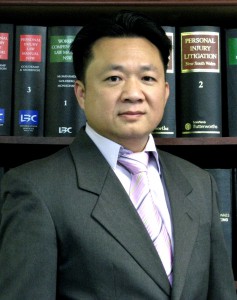 TNAP Legal was established by Than Nguyen in 1997. Than graduated from University of NSW in Bachelor of Arts, Bachelor of Laws and Master of Laws specialising in Corporate, Commercial and Taxation. Than was admitted as a solicitor of the Supreme Court of NSW in 1994. He is a NSW Law Society Accredited Specialist in Property Law.

Than is also an active member of the Vietnamese community. He served as President of the Vietnamese Community in Australia – NSW Chapter from 1999 to 2001 and received NSW Premier Community Service Award in 2011. He occasionally writes for Viet Luan Newspaper on matters relating to law and politics and participates regularly on SBS Vietnamese ‘Law and you’ program. He also  appears regularly on Vietface TV as an analyst on Australian political current affairs and international relations. Than is currently a Director Board Member of Human Rights Relief Foundation Ltd.

TNAP Legal is a legal firm in Cabramatta NSW.

We believe in ethics and take a long term view that a successful business is built on hard earned trust and integrity.

Our Principal lawyer is a Law Society accredited specialist in property law.
Our clients have direct access to and communication with the lawyer.